COVID-19 is a respiratory disease (COrona Virus Disease 2019) that is caused by the SARS-CoV2  virus. It is so named because it is part of the Coronaviridae family of viruses that have special spike proteins surrounding them that make them appear to have a crown ( i.e. corona) when viewed under an electron microscope.  The SARS-CoV2 virus was first discovered in late 2019 in Wuhan, China and the respiratory syndrome it causes, COVID-19 was named for the year in which it was discovered.

SARS stands for Severe Acute Respiratory Syndrome, which is a hallmark of how this type of virus infects its hosts (via the epithelial cells in the lungs) as well as how it manifests clinically (intense respiratory distress and breathing trouble). SARS-CoV1 (sometimes denoted simply as SARS-CoV)  is a genetically similar virus discovered in 2002 in Asia that causes similar symptoms but was successfully contained. SARS-CoV2  is name because it is the second virus discovered that causes SARS in humans. Both viruses are structurally and clinically similar, both  originated in animals and can be transmitted from human to human but there are key differences. SARS-CoV1 has a higher mortality rate, while SARS-CoV2 tends to be more communicable (contagious). COVID-19 is caused by SARS-CoV2.

Typical symptoms of COVID-19 include that of a lower respiratory infection such as a cough, shortness of breath, general malaise, fever and fatigue. Many people will be infected with the SARS-CoV2  virus but not get COVID-19, as they would be considered asymptomatic or have mild symptoms that don’t require hospitalization.


How is COVID-19 diagnosed?


Clinical diagnosis-This means a doctor concludes a person has COVID-19 because of overwhelming evidence in clinical symptoms combined with relevant history. For example, if a person who has recently traveled overseas presents in the hospital ER with dry cough, shortness of breath and fever, a clinician may diagnose COVID-19 even before any bloodwork is drawn. Diagnosis can be further confirmed via radiologic testing of the lungs, even in the absence of a confirmed lab test.


Lab testing- A diagnosis of COVID-19 can be made by lab test that are designed to detect virus particles that are present in the patient at the time of the lab test. It is different than determining whether or not a person has immunity to the virus that causes COVID-19. Testing for an active infection is different than testing for immunity.

There are two relevant laboratory tests related to the virus that causes COVID-19, that serve different purposes:

(1) PCR testing - to confirm in active infection with SARS-CoV2  virus. This test is based on a technique that takes a sample of tissue from a person( usually epithelial cells via a nasal or a pharyngeal swab) and detects viral genetic material (RNA in the case of SARS-CoV2  ) that has been shed from the person's body. If viral RNA is present it means the virus is actively infecting the person at the time of the test.

(2 ) Antibody testing - to determine the likelihood a person has developed immunity to SARS-CoV2 virus. Antibody testing is a blood test that looks for two types of antibodies (also called immunoglobulins, or Ig) known as IgM and IgG that fight the virus in an infected person. It takes time (a few days to weeks) for the cells to make antibodies (white blood cells called lymphocytes) to respond to a virus which is why they are not yet present in many patients who are currently infected- the immune system is building an arsenal against the virus during the symptomatic phase. Once the infection has passed, the cells will keep a "memory" of these antibodies so when the person is exposed to the same virus again, the immune system is already primed and ready to go, thus  neutralizing the virus before it takes hold. If antibodies are present, then the person is either (1) over the infection or (2) toward the end of infection in  the recovery period or (3) has been successfully vaccinated. Antibodies suggest immunity and it is unlikely a person with antibodies will transmit the disease.

How long after exposure should this test be done?

Evidence suggests that IgM antibodies against SARS-CoV2  virus will be the detectable in the blood serum around 3 - 5 days after the onset of symptoms (if symptoms occur), which would typically be about 12 days after exposure. IgG antibodies are a better, more specific indicator of infection with the SARS-CoV2  virus and IgM and will appear about 14 days after symptom onset, which would be about 3 weeks after exposure to the virus.

Factors that may affect interpretation of antibody testing.

Potential False Positive - Antibodies to the SARS-CoV2  virus are structurally very similar to antibodies against other viruses so this testing may indicate a positive result when a person has had other coronavirus strains but not SARS-CoV2. The other strains that are known to confound the result also cause respiratory symptoms and include HKU1, NL63, OC43, and 2229E. These strains may cause mild to severe respiratory symptoms:  HKU1 and NL63 are associated with acute respiratory distress syndrome and pneumonia while 229 E andOC43  account for 15% of all common colds in humans.

Potential False Negative - For unknown reasons,  a small percentage of people who are confirmed to have COVID-19 (confirmed via viral RNA testing) will not have detectable levels of antibodies, according to a recent study from China. Although the cohort in this study with small (only 175 patients) all were symptomatic and hospitalized and 6% of these confirmed patient had negative antibody test results, even two weeks after discharge from the hospital. Interestingly, the same study found that lymphocyte count was inversely correlated to antibody levels. In other words, when a person cellular immunity(lymphocytes function) was low, the humoral  immunity (antibodies) were higher,  suggesting that the humoral (antibody) response might compensate for a dysfunction or cellular ( lymphocyte) response.  Whether  a person who has had COVID-19 but does not have detectable antibodies is at risk of reinfection is unknown at this time.

Additionally, because this virus has only recently come into existence, scientist are still learning about the human immune response to the disease. Although the presence of antibodies against SARS-CoV2  suggest immunity, it is not yet proven. In addition even in other viral diseases such as measles and chickenpox for example, for which immunity after infection or a vaccine is well understood, there are still cases of people being reinfected with a viral disease for which they once had antibodies, as it is possible for immunity to wane over extended period of time. For this reason, sciences do not know for how long immunity persists in those people that have antibodies to the SARS-CoV2   virus.


If I had a PCR test and it was positive for an infection should I get an antibody test as well?

The answer depends on whether the PCR test was negative or positive.

If a PCR for SARS-CoV2  test was POSITIVE and you are NOT SYMPTOMATIC.

No,  with one exception. If a positive PCR test occurred but you have already recovered from the illness,  antibody testing would  very likely be positive for IgG and it is reasonable to conclude you will not spread the disease. One reason,albeit purely academic, to have antibody test in this case is to determine if you are one of the few people who have undetectable antibodies but have recovered. Some evidence suggests this may be due to a robust cellular immune response due to a high number of lymphocytes.

If a PCR for SARS-CoV2  test was POSITIVE and you are SYMPTOMATIC.

Possibly.  The main reason to have antibody testing is this circumstance is it determine at what stage of the infection a person is. IgM antibodies are only present in the early stages of infection, so antibody testing can you help a person determine if they are approaching the convalescent period (recovery) of the COVID-19 infection.

You may consult our PRICING list for fees for services information. 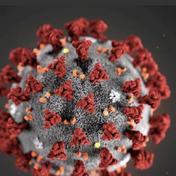